The history of cosmetics spans at least 7,000 years and is present in almost every society on earth. 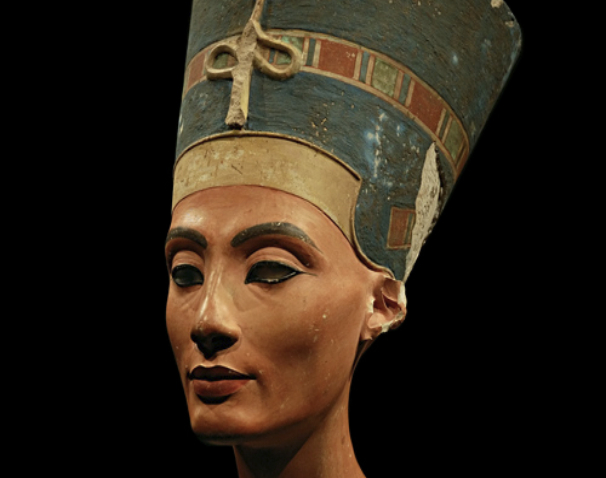 The history of cosmetics spans at least 7,000 years and is present in almost every society on earth.

The history of cosmetics spans at least 7,000 years and is present in almost every society on earth. Cosmetic body art is argued to have been the earliest form of a ritual in human culture. The evidence for this comes in the form of utilised red mineral pigments (red ochre) including crayons associated with the emergence of Homo sapiens in Africa.
Nefertiti bust with eye liner applied ~1,320 BC (~3,300 years ago)
Archaeological evidence of cosmetics certainly dates from ancient Egypt and Greece. According to one source, early major developments include the use of castor oil in ancient Egypt as a protective balm and skin creams made of beeswax, olive oil and rosewater described by the Romans. The Ancient Greeks also used cosmetics.Cosmetics are mentioned in the Old Testament Kings 9:30 where Jezebel painted her eyelids—approximately 840 BC—and the book of Esther describes various beauty treatments as well.
Cosmetics were also used in ancient Rome, although much of Roman literature suggests that it was frowned upon. It is known that some women in ancient Rome invented make up including lead-based formulas, to whiten the skin, and was used to line the eyes.

More than half of uk men use partners skincare products!